When Afghanistan was in Vogue 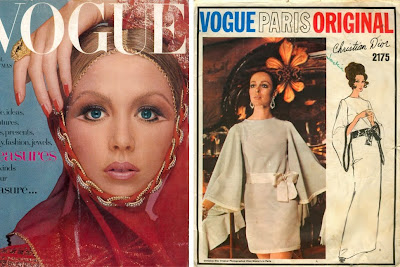 Pattie Boyd on the cover of Vogue’s December 1969 issue; A Vogue Pattern from the 1960’s.
Given the amount of images and headlines devoted to Afghanistan over the past three decades of war, one would be forgiven for concluding that a rich culture and civilization had never existed there; let alone a long history of cultural exchange with the West.

Yet back in 1969 Afghanistan was part of the hippy trail, an exotic destination for both the world’s fashion elite and young Americans and Europeans looking for adventure. What they found was a vibrant, modern Kabul teaming with traffic and stores selling the latest furniture and fashions. But there was also the centuries-old bazaars, a stately museum and Mughal gardens waiting to be discovered. A half-century ago, Afghan women pursued careers in medicine, men and women mingled casually at movie theaters and university campuses in Kabul and factories in the suburbs churned out textiles and other goods.

This was the Afghanistan that the Vogue team encountered upon landing at Kabul’s International Airport in 1969. The result was a fashion story titled “Afghan Adventure,” which appeared in Vogue’s December issue that year. In addition to photographing models amongst ancient ruins and colorful bazaars, the accompanying article also featured the Capital’s bright young things; amongst them a young fashion designer named Safia Tarzi. 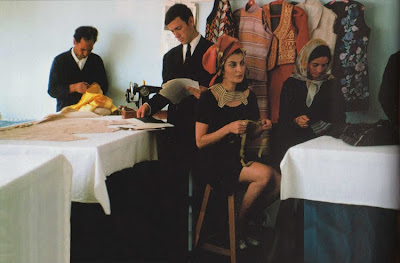 
Yet women in Afghanistan had cultivated a taste for Western fashions and Vogue long before the publication came to town. By 1961 over a third of women living in Kabul were wearing Western dress, thanks in part to the enterprising efforts of one American woman named Jeanne Beecher; the wife of an airline executive who had lived in the country for three years.

During that time she began to sense a desire amongst Afghan women for greater access to Western fashions. Beecher devised a plan to establish a dressmaking school in Kabul that would teach women how to sew the latest Western clothes. At the time Pan Am Airlines was running a Technical Assistance Program that provided assistance to organizations bettering the lives of others. Beecher thus approached the airline company about providing sewing supplies and patterns to make the school a reality.

Pan Am sent out a request for patterns, to which Vogue Pattern Services responded by donating 200 patterns for the school. For Beecher it was a great coup, as Vogue Patterns at the time was considered the leading source of fashionable designs. At the turn of the last century, it was still not uncommon for women to sew their own clothes at home. When Vogue magazine launched its Vogue Patterns in 1899 it was a weekly feature that allowed women to copy the latest styles. By 1950 Vogue Patterns became one of the few companies authorized to duplicate the designs of leading houses in Paris, Rome and New York. 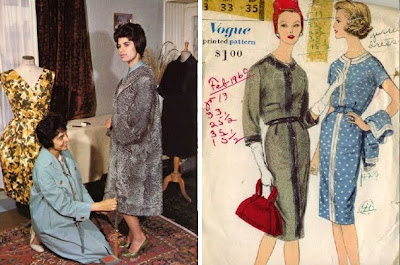 Two Afghan students from Mrs. Beecher’s sewing school modeling their designs; An example of a Vogue pattern used at the school, 1960.

With the help of the Woman’s Welfare Society, sponsored by the Royal family, Mrs. Beecher was able to open her dressmaking school, which she ran with the assistance of eight volunteer teachers, many of them the American wives of Pan Am employees.

In the Fall of 1959, 32 Afghan women enrolled at the school. They met in classes of eight under the guidance of two American instructors, and worked for an hour and half each week for several months. The women who attended those first classes, represented the city’s middle and upper classes, and had been in purdah, only appearing veiled in public, up until that point. 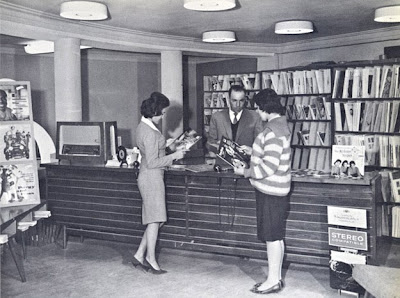 Two women at a record store in 1960’s Kabul, Afghanistan


Using both local and imported fabrics, the women had cut and fitted their patterns at the school, under the supervision of the American instructors, and then sewed them together at their homes. By June 15, 1960, 15 of the students were ready to model their completed garments in a fashion show, a practice that was unheard of in the past.

Yet by the time Jeanne Beecher had left Afghanistan, a second fashion show had not only taken place, but Pan Am had sent additional patterns donated by Vogue and more sewing supplies, thus setting down the foundation for a local fashion industry that would provide new opportunities for Afghan women.

Queen Soraya Tarzi of Afghanistan was one of the most powerful female Muslim activists of her time. Born in Damascus, Syria to an Afghan intellectual, she was known for instigating social, economic and educational improvements that would better the life of her countrywomen. She was the first Muslim consort to appear in public together with her husband unveiled; accompanying him during hunting parties on horse back or attending Cabinet meetings.

Her Husband, King Amanullah Khan, not only publicly campaigned against the veil and polygamy, but encouraged education for girls in Kabul as well as the countryside. With the help of Queen Soraya, 15 young women were sent to Turkey to further their higher education in 1928. In 1929 the King abdicated in order to prevent a civil war and went into exile. Queen Soraya lived in Rome, Italy, where she died on the 20th of April, 1968. 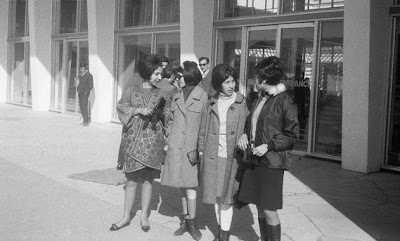 A group of young Afghan women standing outside Kabul’s International Airport in the latest Western fashions, 1967. 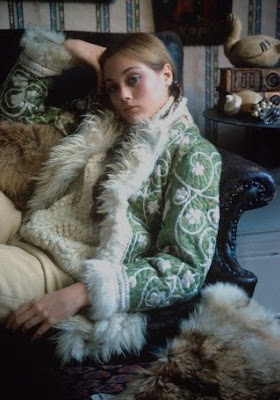 A model in an Afghan jacket, 1968. During the late 60’s authentic goat-skin coats became Afghanistan’s greatest fashion export, appearing within the pages of Vogue and reinterpreted by a number of Western designers.

© THE POLYGLOT (all rights reserved) CHICAGO-PARIS
Posted by The Polyglot at 5:03 PM

I absolutely love this! Great work and I am from Afghanistan and i had never heard of such a thing!

Amazing article! And it is saddening to see the changes, both social and physical, that have occurred in the ensuing years.