Meet Rasha Khouri: An Entrepreneur Refashioning the Middle East for a Global Audience

Since launching DIA-BOUTIQUE.COM back in 2007, London-based Lebanese-Palestinian Rasha Khouri has been redefining the luxury e-commerce experience while changing perceptions about the Middle East. The Polyglot caught up with the globe-trotting New York-raised entrepreneur to talk about her cosmopolitan take on luxury. 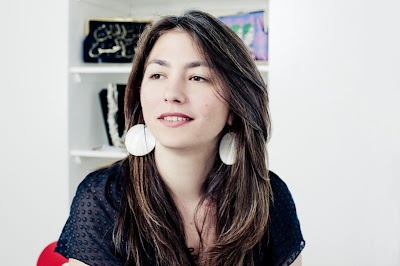 How did the idea behind Dia come about?While I was working as an investment banker and luxury goods analyst for Merrill Lynch and UBS in London, I noticed that luxury e-commerce sites weren’t addressing the needs of potential consumers in the Middle East. So I moved to Beirut to reconnect with my roots and established a luxury business that mixes design with social consciousness. In a post-9/11 world it was important to create a platform to showcase the work of a new generation of designers from around the globe, while changing negative perceptions about the region.

Has your multi-cultural upbringing informed the way you approach both Middle Eastern and International designers?Definitely, in addition to showcasing the work of international designers, it was also important to feature the work of Middle Eastern designers living in the region as well as its Diaspora. Middle Eastern culture is incredibly diverse and dynamic and we wanted to celebrate its contributions to 21st century culture and design. That same philosophy applies to our Dia customers, who are both cosmopolitan and fashion savvy. 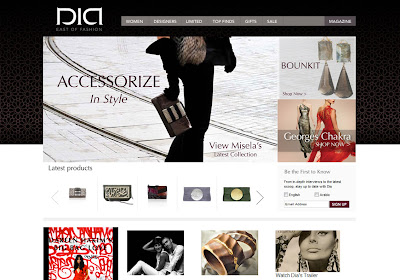 How do you go about sourcing Dia’s selection of unique items?The products featured on the site are a reflection of a cosmopolitan approach to luxury. I’m constantly traveling to places as diverse as Istanbul, Beirut, New York and London searching for unique designs that have a soul as well as story to tell. There is such a glut of designer products on the market that I wanted to provide Dia’s customers with a curated selection of coveted items. At the end of the day that’s what luxury is all about. 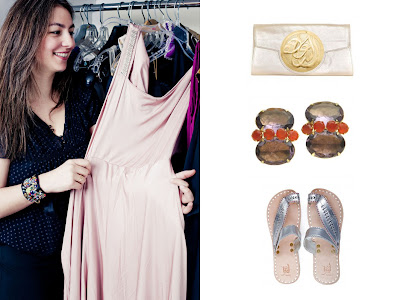 What was the reason behind Dia’s recent face-lift?This year we re-launched DIA-BOUTIQUE, in our ongoing mission to support and promote independent and creative designers from around the world. Part of the redesign includes the first Arabic-language luxury e-commerce site with a new look and products. We’ve also re-imagined our online magazine, which is a borderless urban guide to a region that is not defined by geography as much as a collective desire to broaden the frontiers of contemporary fashion, art, and design.

© THE POLYGLOT (all rights reserved) CHICAGO-PARIS
Posted by The Polyglot at 5:23 PM