Master of the Unusual Combination 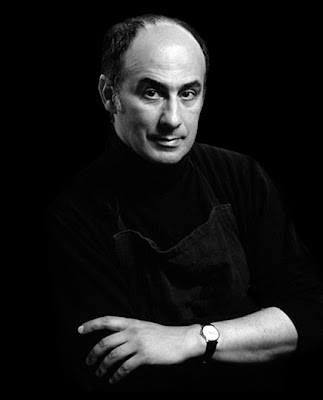 For Fall 2010, Elie Top, the designer behind Lanvin's fantastical runway jewels, sent out techno-tribal inspired cuffs and oversize neck pieces made from everything but the kitchen sink. Yet for the most seasoned editors sitting in the audience that day, Mr. Top’s madcap combinations of unvarnished metals, rough crystals, feathers and leather could have been a homage to Taher Chemirik; arguably one of Paris fashions’ best kept secrets.

The French capital may be home to some of the world’s most famous jewelry brands, such as Van Clef & Arpels and Chaumet; but amongst the big names lining the Place Vendôme, there exists a handful of master jewelers whose identities are closely guarded by a loyal clientele.

Foremost amongst them is Joel Arthur Rosenthal, better known to a privileged few as JAR. Over the last 30 years his colorful pavé signature creations have only been displayed twice in public. His shop in Paris' Place Vendôme has no display windows, no regular hours and does not advertise; opening its doors to only a select few, including couture regular Princess Firyal of Jordan.

Taher Chemirik is another closely guarded secret amongst fashions’ elite cognoscenti. The Algerian-born designer’s entry into the world of jewelry was everything but conventional. He studied architecture at the Ecole des Beaux Arts in Algiers, before sailing off to Paris where he acquired a degree in fine arts at the Ecole des Arts Decoratifs.

His first job out of school was designing costumes and accessories for the Paris Opera, which soon landed him a position at Ralph Lauren. Yet not long after, Taher gave up his comfortable career at the established label to pursue his dream of crafting whimsical jewels. To learn the secrets of the trade, he took the unusual step of accepting a paid internship at one of Paris’ traditional jewelry ateliers.

Not long after, Karl Lagerfeld spotted his work and invited him to collaborate on several collections. Since then Chemirik has created exclusive pieces for the likes of Chanel, Jean Paul Gaultier, Yves Saint Laurent and Balenciaga; earning his creations a place in the permanent collection of Paris’ Musee National des Arts Decoratifs.

Grafting North African and Ottoman traditions with modern techniques, he’s managed to produce a unique body of work that has attracted a cult following. He is known for the fearless way he combines unusual materials together, such as his ebony pieces studded with diamonds that are all handcrafted at his exclusive Paris atelier.

For years he was a fashion world secret, whispered from one chic ear to another. But in the past year that secret has leaked out, as in-the-know fashion editors have been spotted at the shows sporting his large link necklaces, wide cuffs and diamond-cut wooden rings. Although some of his pieces are sold at 10 Corso Cuomo in Milan; his most loyal clients commission and order unique creations at his by appointment-only store in Paris.

© THE POLYGLOT (all rights reserved) CHICAGO-PARIS
Posted by The Polyglot at 7:40 PM