When Bonhams, the London-based auction-house founded in 1793, decided to open an outpost in Dubai, it tapped Mehreen Rizvi-Khursheed to head its department of Middle East and South Asian Modern and Contemporary Art. The Polyglot caught up with the globe-trotting art connoisseur. 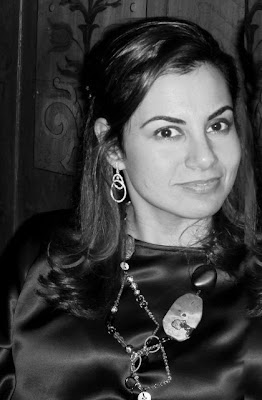 You had a very cosmopolitan childhood. Does that experience inform your work?I was born in Pakistan and grew up between Dhahran in Saudi Arabia, Karachi and Geneva. Those early experiences definitely taught me how to appreciate and adapt to different cultures. As my work dictates that I travel all over the world, to places as diverse as New York, Istanbul and Beirut, having the interpersonal skills to deal with both Eastern and Western cultures is an important quality to have.

How did you get involved with contemporary art from the Middle East?In 1992, after completing a post-graduate diploma from the London School of Economics, I started an internship at Sotheby's Islamic Department, and ended up working in various departments for 10 years. During that time, I researched and introduced modern Arab art to this department and organized the first ever auction of Arab art in 2001. I also became involved in Middle East client development at Sotheby’s, and helped organize several art talks and courses in Riyadh, Jeddah and Dubai. 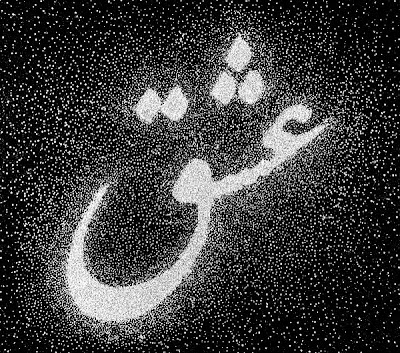 You moved to Bonhams in 2003. What has been a highlight of your career thus far?It was probably the first Bonhams auction I helped orchestrate in Dubai in March 2008, which at the time broke many world records. The auction not only achieved total sales of over $13 million, but was also the first time a work by a Middle Eastern artist sold at auction for over $1 million; with Iranian Farhad Moshiri’s stunning Swarovski crystals and glitter on canvas ‘Eshgh’ (Love). The auction proved beyond a doubt that the UAE is an emerging commercial hub for modern and contemporary art from the region.

Has the economic downturn affected the Middle Eastern art market?Although the region has weathered the downturn and collectors are still enthusiastic, there is a positive side to this recession. During the boom years, both property and art prices soared to unrealistic levels; I think both were due for a reality check. The collectors are now much more selective and although we are seeing very high prices for some Arab artists, these are rare museum quality works. That is how it should be. I would welcome the return of the collector over the pure investor. 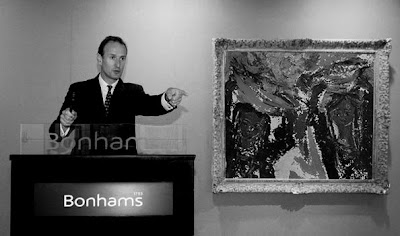 Do you see local artists gaining a presence on the International auction scene?In terms of the UAE, Bonham’s has been taking the lead in featuring contemporary Emirati artists in its auction. However, the market and art ‘infrastructure’ is in its infancy. There are no established art schools (whereas countries like Iraq and Iran have schools going back nearly a century). I am not aware of scholarship programs where artists are sent abroad to well-established art institutions in the West or even to South Asia which has thriving art education. There are a lot of talented artists from Iran for example residing in the UAE, but there is no institution where they teach. Once the education side has been addressed, I think the quality of the art will emerge and with a history of exhibitions (which will take time) the local artists will be able to compete in the international arena.

Do you think Middle Eastern Art has the power to change perceptions?If anything, contemporary Middle Eastern art demonstrates the diversity found within the region. In the West there is a tendency to view the Arab world as one monolithic entity, as if it is the same culture and religion from Rabat to Baghdad. As we know that is not the case, and there has been a huge debate amongst curators about how we define the Middle East and role that the Diaspora plays in defining contemporary culture in the region. I think Middle Eastern art not only has the power to change the ‘Western’ mind set but the Arab world’s own perception regarding its own history, its language and its great past achievements. The region has to appreciate its own artists before we expect others to do so.

Image of Mehreen Rizvi-Khursheed by Sueraya Shaheen
© THE POLYGLOT (all rights reserved) CHICAGO-PARIS
Posted by The Polyglot at 9:15 PM