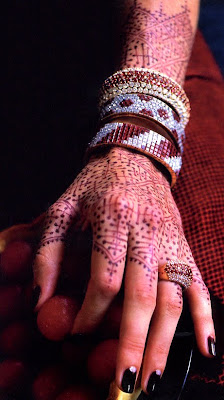 No trip to Paris is complete without a visit to Ladurée and Pierre Hermé for their sumptuous jewel toned macarons. In Brussels, Neuhaus, the chocolatier established in 1857, attracts a discerning clientele. While in Kyoto, Toraya has been making pastries since 710 A.D. for the Imperial family. Finding a Middle Eastern equivalent in such rarified company has been rarer still.

Yet on a wintry day in early 2006 a new tenant moved into number 138 New Bond Street. Unlike its neighbors Asprey and Chanel a few steps away, the elegantly appointed store neither traded in fine jewels nor high end ready-to-wear, but a more unusual commodity for this northern European city: An ancient fruit from a desert kingdom.

The store marked the first European outpost of Bateel, the haute Saudi confectioner and patisserie that specializes in the creation of refined pastries based on dates.

Although ubiquitous throughout the Gulf region, and traditionally regarded as a symbol of wealth and hospitality, this legendary fruit had yet to make an impact on the culinary elite outside its native Middle East. But if Bateel has its way, the not so humble date may soon regain much of its luster.

When it decided to set up shop at one of London’s most exclusive addresses, the Saudi confectioner not only set out to reintroduce the Western world to the this Arabian delicacy, but also revive the lost art of pastry making in the Gulf. Bateel alone offers a mere 50 varieties of the more than 400 known to exist in the world. The rarity of its dates lies in the fact that a single palm tree will not bare fruit until four or five years after it has been planted. Furthermore, some of the largest trees found at Bateel’s private palm groves in Al-Ghat are more than 150 years old.

In the Arab world, the countries of the Levant have arguably been the most successful at exporting their pastry-making traditions on a global level. So much so that the multi-layered Baqlawa has become the standard reference point in most people’s minds for pastries originating from the region. But walking into Bateel’s New Bond street store may tell a different story. Amongst the traditional delicacies on display such as Klaicha, a date filled pastry originating from Iraq, one will find mouthwatering dates dipped in the finest Belgian chocolate, stuffed with orange peel and almonds, and even filled with creams spiked with orange blossom, rose water and finely chopped pistachios. All of which, upon a customer’s request, can be carefully ensconced in a luxurious box inlayed with mother-of-pearl.

But taking a closer look at the stores temperature-controlled vitrines also reveals delicacies more familiar to a Parisian grand dame, such as truffles dusted in fine cocoa powder, rows of delicate petit fours, and leaf-shaped Calissons; all imaginatively reinterpreted with the use of dates. No surprise since part of Bateel’s ambitious expansion included bringing on board a number of top European pastry chefs to reinterpret traditional recipes, as well as create new ones. In doing so, the Saudi confectioner is ultimately fusing together the culinary traditions of Europe and the Arabian Peninsula through a tiny, yet very symbolic fruit.


© THE POLYGLOT (all rights reserved) CHICAGO-PARIS
Posted by The Polyglot at 9:04 PM