She may have dressed Mrs. O, but this young designer is grabbing the fashion world’s attention for other reasons as well 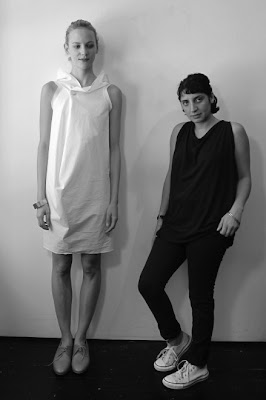 Relations between Iran and the United States may be tepid at the moment, yet that didn’t stop First Lady, Michelle Obama, from donning a double-faced silk crepe skirt on May 12th during a speech she gave at the Ronald Reagan building in Washington, D.C. That day, the world was exposed to the work of an L.A. based Iranian designer who has been quietly gaining attention as an emerging talent on the American fashion scene. Mrs. Obama’s choice was not surprising, when one considers that she has been championing the work of young American designers since her husband’s inauguration; sporting the likes of Jason Wu, Isabel Toledo, Thakoon and Narciso Rodriguez. 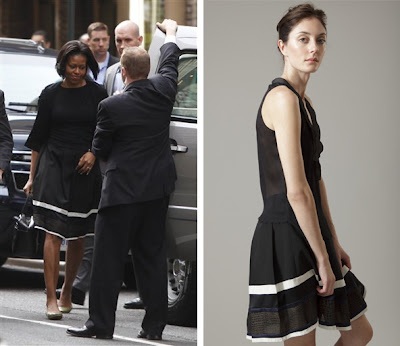 Born in LA to Iranian parents, Shokrian counts her mother (an impeccable tailor trained in Iran) amongst her major influences. Traveling and living in various countries as a child, she went on to earn a BFA in film, painting and sculpture from the School of the Art Institute of Chicago. Despite this her passion for fashion persisted, and she ultimately channeled her culturally rich upbringing and formal art training into her eponymous fashion label in 2003. 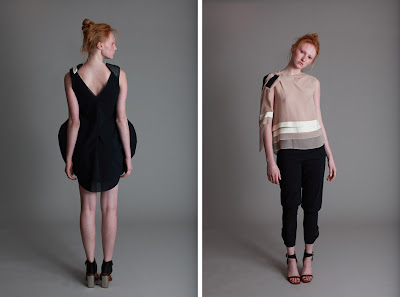 Her training as a sculptor frequently informs much of her work; draping and layering fabrics to create architectural effects on the back of wool capes and crepe dresses. There is often an element of surprise or an intriguing twist found in Shokrian’s designs. From the front, pieces can look deceptively simple until one turns around to reveal strategically placed cutouts or a piece of draped fabric at the small of the back. Such “tricks” point to Shokrian’s talent as an accomplished tailor, often employing hand crafted techniques on futuristic shapes and fabrics. No surprise from a designer whose line is produced entirely in-house by hand. 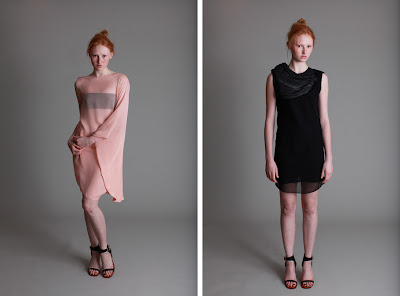 Recently the designer introduced a new (gently priced) range of clothes called Draft No. 17. Available for a year and comprising 30 “experiments” on the concept of the slip dress, Draft No. 17 is in part a homage to Shokrian’s fans. “Each dress was inspired by a real woman I know,” explains Shokrian. The Draft series, she goes on to note, is intended to give Shokrian herself the opportunity to play with ideas outside of the fashion industry’s seasonal constraints. Over the course of the year, weights of fabrics and colors may change, but the silhouettes (which include not only slip dresses, but tops, pants, a jumpsuit, and a few accessories, as well) will remain the same. “It’s a focused, limited-edition idea,” says the designer. “And we’re also using this as a platform to collaborate with artists we love.”

© THE POLYGLOT (all rights reserved) CHICAGO-PARIS
Posted by The Polyglot at 10:14 AM