Beirut may be known as the Paris of the Middle East, but influences can flow in the other direction. With a French presence that stretched from the 1920’s through the 40’s, and a sizable Lebanese community that has called Paris home since the beginning of the 1975 civil war; the City of Light is well positioned as the best place, after Beirut, to experience innovative Lebanese cuisine, art and design. Alex Aubry reveals some of the French Capital’s Levantine gems.

Liza Restaurant: This stylish restaurant is the epitome of Levantine sophistication. Its owner, Liza Soughayar, wanted to create a place that showcased the best of contemporary Lebanese design. The tables, by Karen Chekerdjian, are engraved brass trays turned upside-down. The translucent mashrabiyyahs of Plexiglas inlaid with mother-of-pearl were conceived by Nada Debs. While Beirut architect Annabelle Karim Kassar installed her signature stocking lamps for lighting. The chic crowd comes to sample chef Karim Haidar’s (formerly of Fakhreldine in London) imaginative take on Lebanese classics. Liza also has its own bakery next door, which serves delicious breads and oven fresh man’ouches to fashionistas on the go. Not only did it make a killing with fashion editors and models, the day Stephano Pilati decided to stage his début show for YSL at the former Paris stock exchange near by; but I’ve been told that a certain publicist at Givenchy pops in daily on her way to work. This year look out for the opening of the Paris institution’s latest outposts in Beirut and Istanbul.

14 Rue de la Banque, 2e, Tel: +33-01-55-35-00-66
Fakhr El Dine: Named after a 16th century prince known as the "Napoleon of Lebanon," Fakhr El Dine has been serving up the highest standards of Lebanese gastronomy in Paris since opening its doors in 1984. Located near the Trocadéro, the restaurant is a rarity for having won several prestigious culinary awards in France, including Fourchette d’Or, Médaille d’Or, Laurier d'Or and the Coupe d'Argent. Since 1990, the restaurant has been owned by Abou Antoun, a cardiologist by day and a restaurateur by night. Snagging a seat in the elegant surroundings at this temple of Lebanese gastronomy is well worth it; if only to experience rubbing shoulders with the well heeled French and Middle Eastern clientele who come for the exceptional cuisine and excellent selection of Château Kefraya vintages.

Liwan: Since opening its doors in 1992, this boutique in Saint Germain des Près has acquired a cult following amongst Paris’ chic fashion set. Its owner, interior designer Lina Audi (a member of the prominent Beirut family) makes it clear that this is not a “boutique selling ethnic stuff.” Instead regulars like Catherine Deneuve, Vanessa Paradis, (and a number of Paris Vogue editors) can expect a Middle East modern version of clothes, accessories and furnishings that are exclusive to the store. These include a minimalist take on traditional Khaleeji sandals, in cool shades of silver and neon pink, an exclusive line of soaps from Les Senteurs D'Orient scented with tuberose and Arabian jasmine, as well as a line of furniture that melds a mid-century modern esthetic with the handiwork of Levantine craftsmen.

But the real draw of this design emporium is its exclusive line of sleek modern caftans. For chic Middle Eastern clients use to wearing Jill Sander, Donna Karan, and Martin Margiela; Liwan offers an alternative to the over embellished and gaudily hued creations found at other stores. Its body conscious alternatives employ innovative fabrics and color blocks that are good enough to wear with your favorite pair of Azzadine Alaïa pumps. Trend setting actress Tilda Swinton wore a Liwan djellaba to the Cannes film festival. 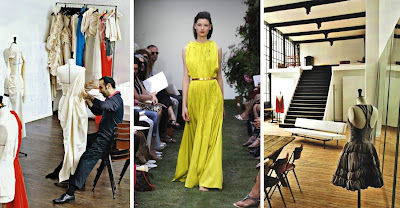 Maison Rabih Kayrouz: Amongst fashion insiders Monsieur Kayrouz is arguably Lebanon’s greatest fashion export. Yet what is not readily known is that he is also firmly entrenched within the Paris fashion establishment, counting Lou Lou de la Falaise amongst his ardent fans. At 16 he left Lebanon to study at Paris’ prestigious Ecole de la Chambre Syndicale de la Couture Parisienne; cutting his teeth at both Dior and Chanel before opening his own house in Beirut in 1997.

Unlike his Lebanese peers plying the couture circuit, one doesn’t come to Kayrouz for over stuffed and embellished evening gowns. Here the house specialty is a seductive blend of expert tailoring and innovative draping, combined with the savoir-faire of Paris’ fabled couture workshops. One ingeniously pin-tucked dress in his latest couture collection quivered with thousands of tiny feather; put in place by the expert hands of Lemarié.

In 2009, Kayrouz was officially inducted as a member of Paris’ Chambre Syndicale de la Haute Couture, a notoriously tough club to break into. To mark his official arrival on the French couture scene, he unveiled a new Paris showroom housed in the historic “Petit Théâtre de Babylone.” The light-filled space once served as an experimental theater that witnessed the premier of Samuel Beckett’s 1953 play “Waiting for Godot.” It is here that the designer will unveil his upcoming couture collection later this month.

Johnny Farah: The Lebanese designer counts architects, gallery owners, artists and graphic designers amongst his most ardent fans and circle of friends; so much so that he often features them in his ad campaigns. Over the years the designer has built a career crafting leather accessories with a minimalist raw aesthetic; informed by his time in Copenhagen during the 1970’s. Recently Farah tapped Paris-based architects Dorell Ghotmeh & Tane to design his first Paris store. Located in the heart of the Marais, the minimalist space features exposed concrete floors and reclaimed wood paneling; the perfect backdrop for the designer’s seductive bags and belts, each crafted from the supplest leathers and custom-made hardware.

Sirine Fattouh: The French capital is known for nurturing talents from around the world. Once such example is rising Lebanese artist Sirine Fattouh. Born in Beirut in 1980, Fattouh divides her time between her native Lebanon and Paris, where she’s been teaching fine arts at the Sorbonne since 2005. Her work explores the responsibility of the artist during political and social upheavals. One of her most recent projects involved traveling throughout Lebanon to interview hundreds of women from different religious and social backgrounds. The result was an installation exploring what had been won and lost through 15 years of civil war. Giving a voice to Lebanese women is part of the artist’s own take on identity politics, and exploring what it means to be a Lebanese woman in the 21st century. 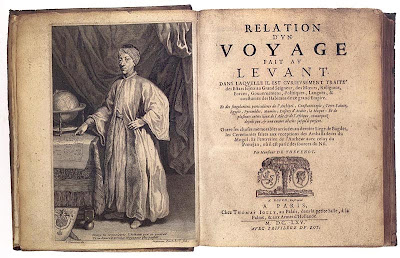 Librairie Avicenne: Paris has always taken its bookstores seriously. More intriguing perhaps are those that serve as a cultural and intellectual hub for certain communities living in the French capital; a tradition dating back to Sylvia Beach and her legendary Shakespeare and Company (which served as an unofficial library, post office and publisher for a number of notable expats). For Paris’ Lebanese community, Librarie Avicenne, has served the same purpose since opening its doors in 1980. Located steps away from the Institute du Monde Arabe, in the heart of Paris’ Latin Quarter, the iconic bookstore specializes in the literary work of some the Middle East’s greatest poets, writers and intellectual heavy weights. In 2003 its founder, Hachem Mouawieh, was awarded a medal by the French government for his contributions to culture.