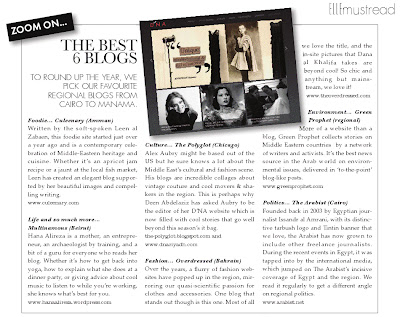 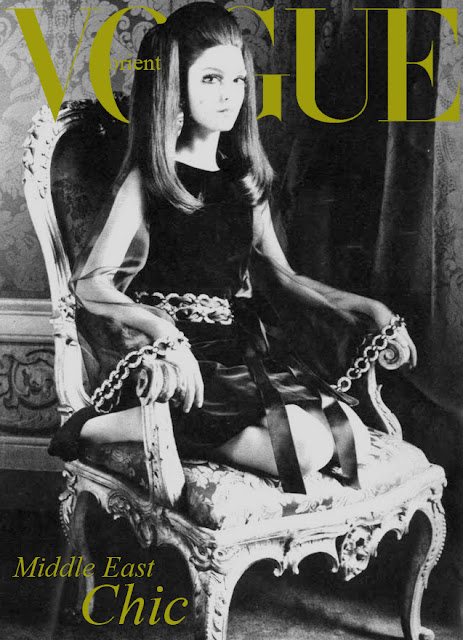 Posted by The Polyglot at 7:43 PM No comments:

Launched in 1949, Aramco World Magazine is one of the longest running English language publications dedicated to the and its Diaspora. Circulated amongst universities and embassies alike, the publication has long provided a much needed literary bridge between the and the West. As a child I would wait for each issue, which provided a diverse and faceted perspective on the region and its links to a larger world.

I recently had the opportunity to write a piece for Aramco World exploring a new generation of Middle Eastern designers, who are redefining the region's fashion scene today. Far from being a fashion piece it addresses issues related to education, design awareness and the challenges in establishing a credible fashion industry in the region.

You can read the piece here 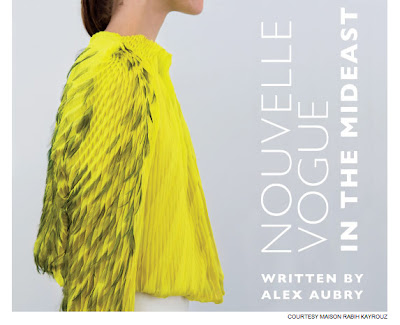 Posted by The Polyglot at 7:16 PM No comments:

From the Archives: Tehran in Vogue

In 1969 Vogue sent the photographer Henry Clarke to Iran to photograph models Marisa Berenson and Lauren Hutton amongst the historic monuments of Persepolis and Shiraz. But for Diana Vreeland, at the time Vogue’s Editor in Chief, a trip to Persia wasn’t simply about capturing the latest fashions in an exotic location, but an occasion to showcase its contemporary arts and fashion scene. Vogue first featured Iran in 1965, yet this time around the publication seemed to capture a youth quake movement which mirrored its counterparts in the West.

Vreeland’s cosmopolitan and sophisticated approach to showcasing Iran within Vogue’s pages included an interview with its Empress Farah Diba, photographed by Clarke wearing antique gold Persian jewelry and a dress “like those worn by women in the south of Persia.”

Flipping through the December 1969 issue one comes across a rare advertisement for Iran Air, promoting its flight service from London to Tehran. While it’s regular “Boutique” page (edited by a young Carrie Donovan) featured Vida Zahedi’s chic Tehran store “Number One Avenue Sanieddoleh.” 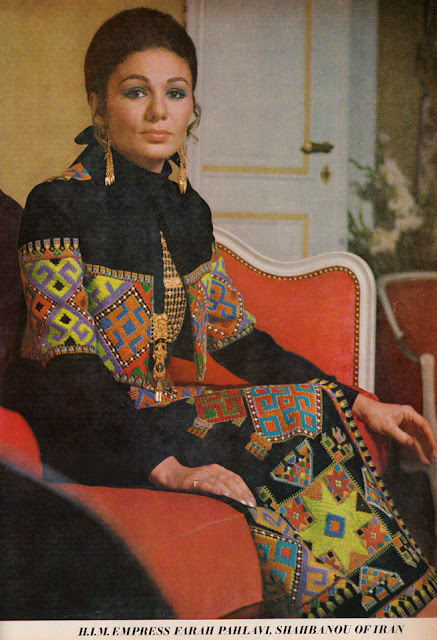 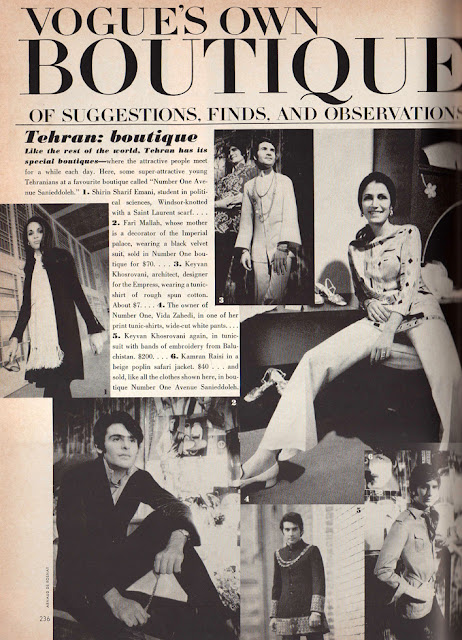 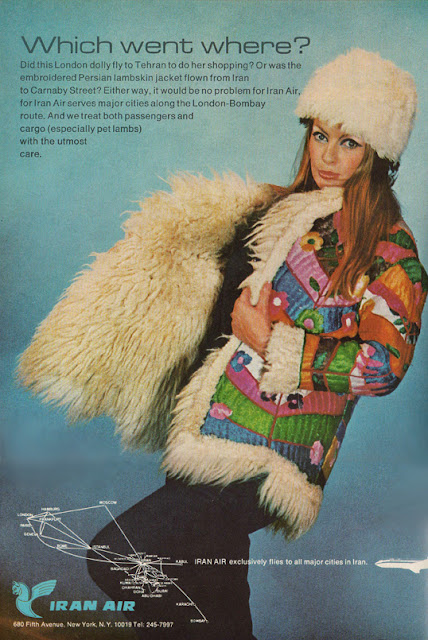 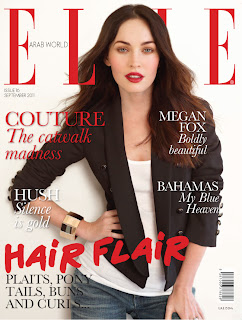 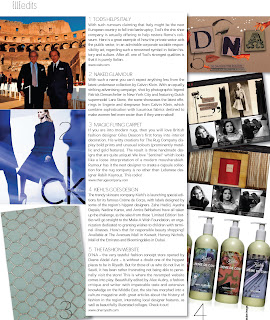 http://www.dnariyadh.com/
Posted by The Polyglot at 10:43 AM No comments:

I recently teamed up with Deena Abdulaziz to re-launch the website of her cutting edge store/gallery, D’NA, in Riyadh. The culmination of 7 months of hard work, I will be collaborating closely with the D’NA team as the site’s new editor, shaping content that, like The Polyglot, bridges East and West. 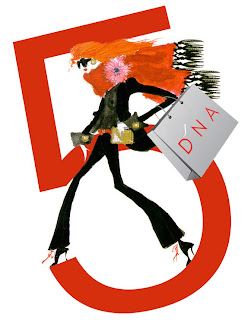 Abdulaziz is someone whom I have a great deal of respect for in the industry. In addition to blazing a trail in the business and exposing the wider fashion world to another face of the Middle East, she is also known for having a sixth sense when it comes to spotting young talent; often buying the first collections from designers who today are receiving CFDA awards.

We worked together to re-imagine the D’NA website as a virtual extension of the store. Through interviews with inspiring individuals we meet, to the behind the scenes photo-essays covering fashion week, the hope is to create a site the changes perceptions. 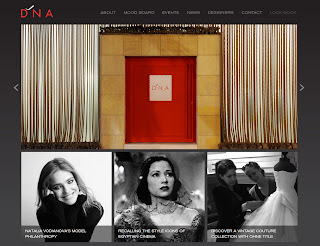 Since launching in 2006, D’NA has made its mission to inspire with a cosmopolitan mix of cutting edge design and art from around the globe. To celebrate the store’s fifth anniversary we created a custom APP which will be available at the Apple store, as well as an I-Pad version of the D’NA site to be launched soon. Members will now be able to connect to the D’NA universe at home and throughout the world.

Like the store, the D’NA website will constantly evolve with news and events. The Moodboard will feature a rotating selection of images and stories on all that inspires us in the worlds of art, culture, fashion and travel. These include exclusive interviews with fashion personalities, cultural figures and inspiring travel destinations; all brought to you by our international team of guest-editors scattered around the world from Beirut to Paris and beyond.

The new virtual Lookbook offers a tantalizing glimpse at the exclusive designs we will be featuring in the store each season. 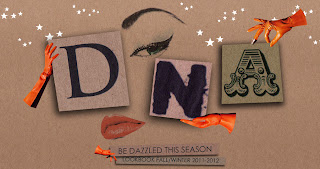 As we begin to celebrate D’NA’s 5th anniversary, we have been hard at work organizing a series of exciting in-store events, trunk shows and exhibits that will bring the fashion world to your door step.

In September the site will come alive with specially commissioned pieces that have been months in the planning.

If you enjoyed reading the Polyglot, I do hope you will take the time to visit the new DNA site and sign up for the newsletter.

http://www.dnariyadh.com/
Posted by The Polyglot at 7:53 PM No comments:

And the front row goes too… 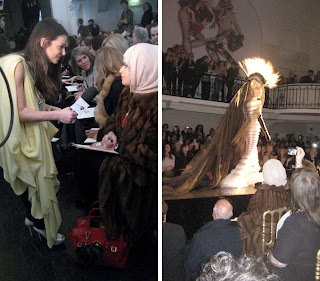 
Described by famed fashion illustrator Gladys Perint Palmer, as ”big mink, veil with diamanté, and the largest red croc bag,” Madame Jana Al Wazzan is one of the few visible Middle Eastern clients to have emerged on the couture scene recently (though clients from the region still constitute a large portion of couture’s customer base).
Posted by The Polyglot at 12:24 PM 2 comments: